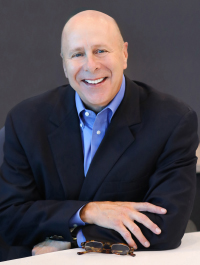 Jack Helms has a long record in corporate finance and law, spanning more than 35 years. He practiced law and was a member of Fredrikson & Byron from 1978 to 1986, focusing in partnerships, tax, syndications and mergers and acquisitions.

In 1987, he joined Goldsmith Agio, a newly formed boutique, sell-side M&A advisory firm. The firm was subsequently renamed Goldsmith Agio Helms (GAH) and Helms served as President, Managing Partner and CEO from 1991 into 2007. Based in Minneapolis, the firm grew to approximately 150 employees, and opened offices in Los Angeles, Chicago and New York, as well as established joint venture partnerships throughout Europe. GAH was acquired by Lazard in 2007 and renamed Lazard Middle Market (LMM). Since the merger, Helms served as Chairman of LMM through early 2012, when he transitioned to the role of Senior Advisor.

In addition to his management functions at GAH and LMM, he has advised clients in initiating and completing a wide range of mergers, acquisitions, sales, divestitures, financings and recapitalizations, including complex cross-border sales and international joint ventures. Helms has broad industry experience in the business services, consumer, healthcare, industrial products/manufacturing, natural resources/environment, and transportation categories.

Helms is a former member of the Global Association for Corporate Growth (ACG) Board of Directors and served as Chair of ACG Intergrowth 2011. Investment Dealers’ Digest (IDD) named Helms its “2007 Middle-Market Banker of the Year.” He currently serves on the boards of directors for the University of St. Thomas Law School and the Basilica of St. Mary’s Landmark Foundation. 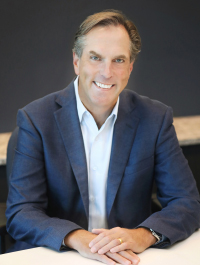 Mike McFadden is a Co-Founder of Pathfinder Companies and a Senior Advisor at Lazard Middle Market. In 2014, Mike was the endorsed Republican candidate for the U.S. Senate in Minnesota. Prior to running for Senate, Mike was the Co-CEO of Lazard Middle Market. He has extensive M&A experience, having initiated and completed a wide range of transactions over the last 20 years.

Mike is a past President of the Minnesota Chapter of the Association for Corporate Growth. He began his career as an IBM Marketing Representative before going to law school and working as an Associate with Cravath, Swaine & Moore. Mike is a current or former board member of Allen Edmonds, Premier Restaurant Company, Cristo Rey Jesuit High School, and Tesfa International School. 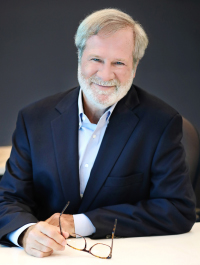 Bob Burns has substantial experience in mergers and acquisitions and strategic planning accumulated over 35 years. Bob Burns was a managing director with Lazard Middle Market and its predecessor Goldsmith Agio Helms for more than 18 years.

Prior to joining Lazard Middle Market, Bob directed the strategic planning and mergers and acquisitions activities of Wilsons The Leather Experts Inc., a publicly traded company and the world's largest retailer of leather apparel and accessories. Prior to his experience with Wilsons, he was the president of a regional consulting firm where he advised public and private companies on strategic planning and mergers and acquisitions. Previously, he practiced law as a partner with the Minneapolis-based law firm of Fredrikson & Byron. Bob provided clients with legal counsel in the areas of corporate, partnership, securities and tax. Prior to practicing law, Mr. Burns was a senior tax advisor with Touche Ross & Company. 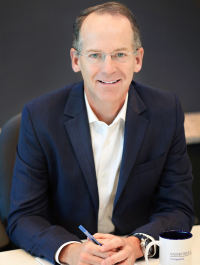 Bill Sharpe is a co-Founder of Pathfinder Companies and Pathfinder Consulting. Prior to founding Pathfinder, Bill was Partner with Quetico Partners (now Hennepin Partners) from 2009-2015 where he completed a number of middle market merger and acquisition transactions. Prior to Quetico, Bill was a shareholder with Lazard Middle Market and its predecessor company Goldsmith Agio Helms from 1998 – 2009 where he held a variety of leadership positions including its Chief Operating Officer.

Bill began his professional career on Wall Street with the investment banking firm Kidder, Peabody & Co. in New York City. He also worked with the merchant banking subsidiary of US Bank (FBS Merchant Bank), Kurt Salmon Associates, and DataCard Corporation where he held a variety of line management and corporate strategy roles.

Bill currently holds Board positions with Christopher & Banks Corporation (CBK) , Foley United, LLC., Warner Tech-care, Winsted Company and Corval Group. Bill is currently the Board Chair for the Berg Group and is a former Board member for Adolfson & Peterson Construction and the Minneapolis YMCA. Bill received his undergraduate degree from the University of Minnesota and his MBA from the J.L. Kellogg Graduate School of Management at Northwestern University. He lives in Excelsior, Minnesota with his wife of over 30 years and has three adult children. 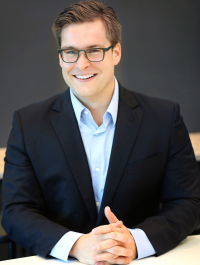 Previously, Luke was an Audit Senior Associate at Deloitte. While at Deloitte, he completed audit work for public companies in the investment banking and healthcare industries. Additionally, he worked analyzing complex software revenue contracts for a Fortune 50 healthcare company.

Luke is a graduate of the University of Utah with a Bachelor of Science Degree in Accounting and Finance.

Luke lives in the Merriam Park neighborhood of St. Paul and enjoys motorcycling, camping, and working on his house in his spare time.